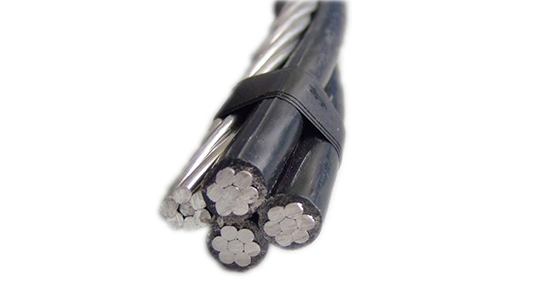 Aerial Bunched Cables (ABC) is used for Over Head Power distribution. When compared to the conventional bare conductor overhead distribution system. ABC provides higher safety and reliability. This system is ideal for rural distribution and especially attractive for installation in difficult terrains such as hilly, forest & coastal areas etc.
Aerial Bunched Cables is also considered to be a better choice for power distribution in congested urban areas with narrow lanes and by lanes. In developing urban complex, ABC is the first choice because of its flexibility for re-routing as demanded by changes in urban development plan.